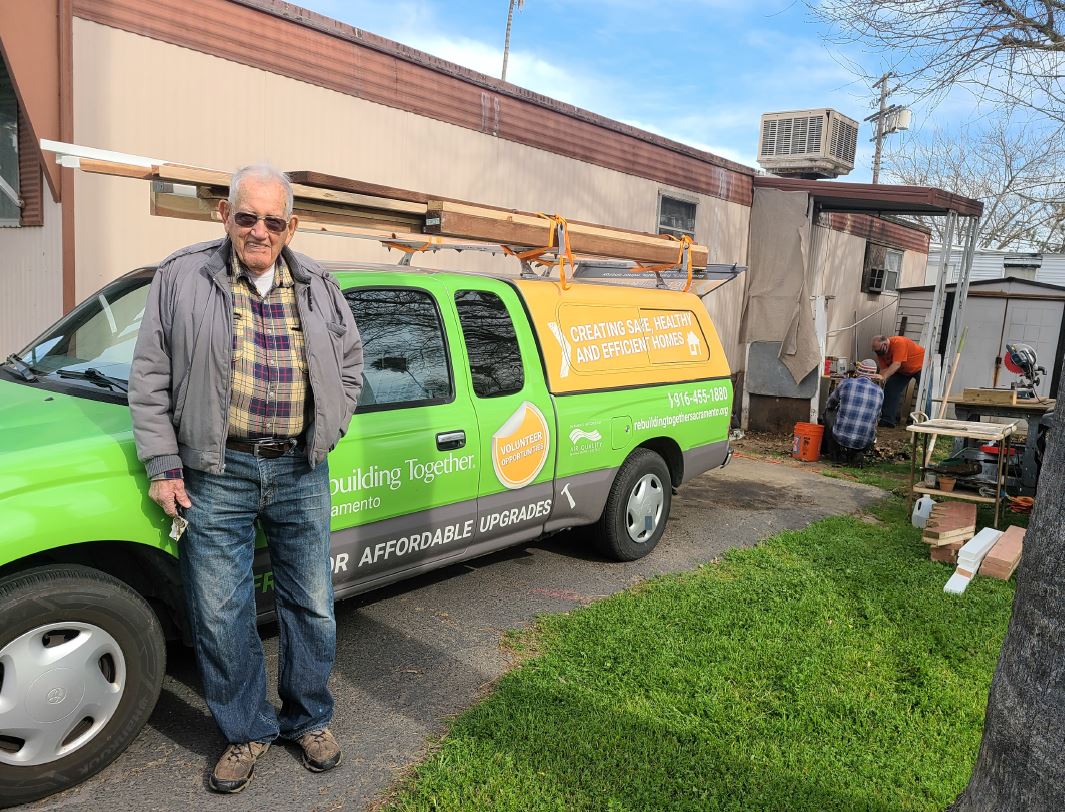 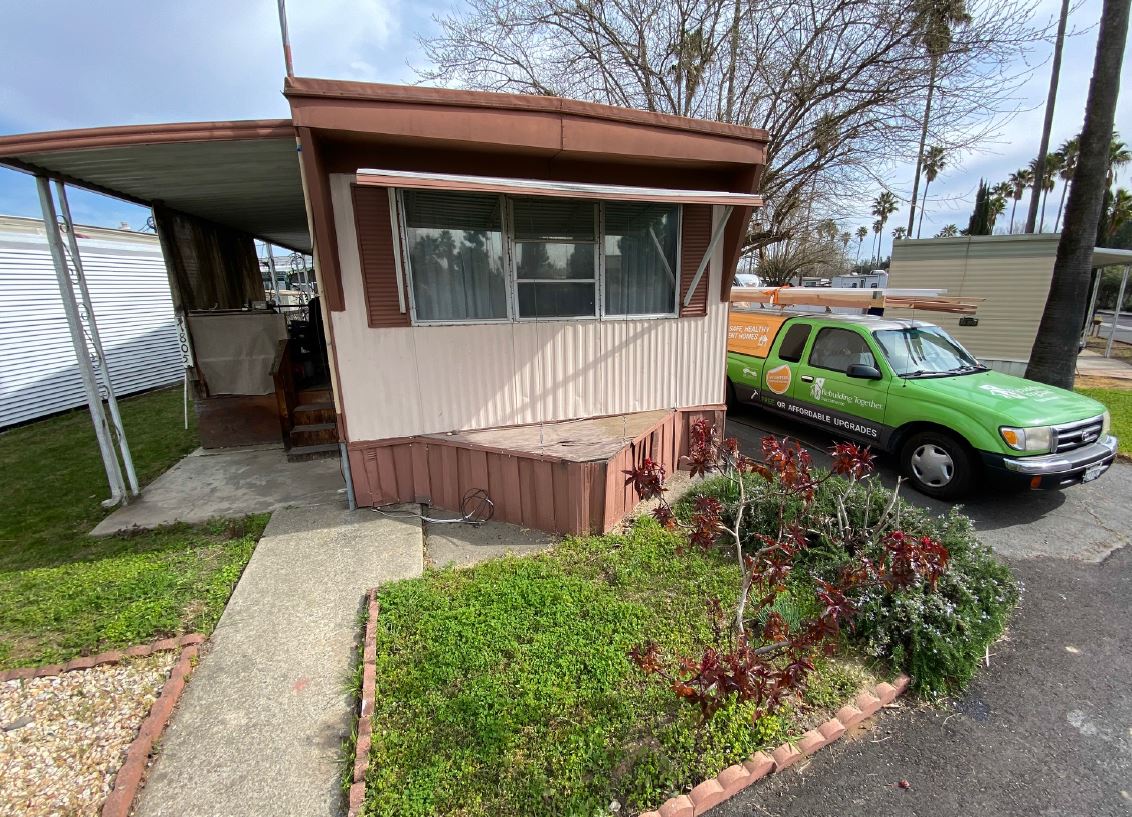 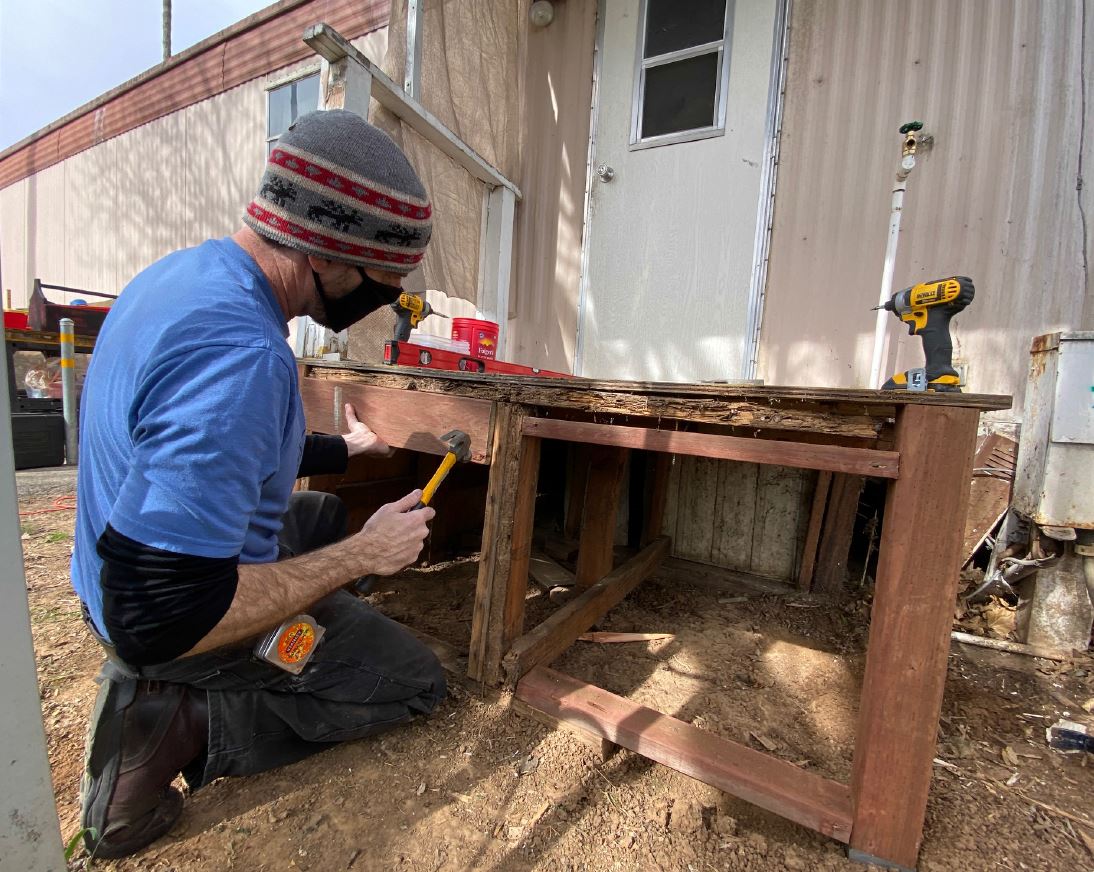 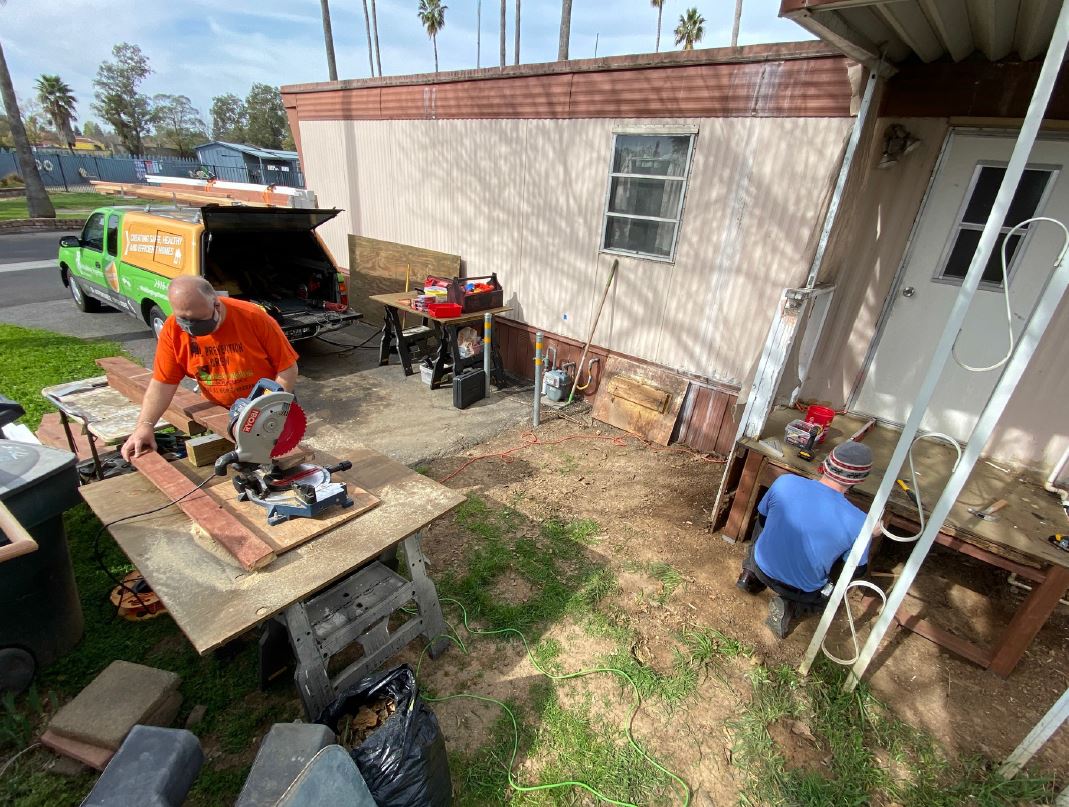 "It made us all worry", said homeowner JT Thompson, who has lived at Holiday Mobile Village since 2015.

Thompson, along with 72 other homeowners living at the 113-space MHP, received Notices of Violation from the California Department of Housing and Community Development (HCD) following a routine health and safety inspection in August.  By October, over 150 violations had been cited, primarily for homeowner violations.

What could have been chilling for the senior citizens in the community was mitigated by the efforts of Monolith Properties and onsite Park Manager, Cherilyn Braddock.

"I was able to walk behind HCD Inspector Suraj Dutta, from a safe distance, during his inspection.  He was so helpful explaining things, so I could take notes," added Braddock.  "The phone rang off the hook in October when residents received violation notices from the state.  I'm so glad I had my notes to explain.  Those notices can be scary at first."

According to HCD, the state conducts Mobilehome Park Maintenance (MPM) inspections to ensure compliance with health and safety laws.  Inspections include the general areas, buildings, equipment, and utility systems of mobilehome parks, each individual lot, and the exterior portions of individual manufactured homes and mobilehomes in each park inspected.

"Over the years we have participated in a number of MPM inspections," said Monolith Properties President, Andy Carey.  "With that experience, we have figured out how to effectively engage HCD in the process, and how to communicate with our residents before, during and after these inspections to help them understand why this is happening and what they need to do to comply with Health and Safety laws."

More on virginir.com
Braddock worked with the impacted residents in the community for months, pleased to see her efforts culminate in neighbors helping neighbors.  "Our residents own their homes, so we can't touch them.  But we still want to help put people in touch with resources to make the process less difficult."

After HCD's follow up inspection in December, all park violations and the vast majority of resident violations had been resolved.  By January, only 20 resident violation notices remained for such issues as faulty weather protection, misused extension cords, and unsound stairs, rails and landings.

"We must have safe communities.  These inspections promote that imperative," adds Carey.  "But not every resident has the physical or financial capability of complying with the state's requirements.  For those, we get creative.  We look for help from Scout Troops, church groups, nonprofits, and neighbors.  And in this case we engaged a wonderful nonprofit, Rebuilding Together Sacramento, to assist where help was needed most."

With donations from Holiday Mobile Village and from the Monolith Community Giving Project, Rebuilding Together Sacramento (RTS) was able to provide park resident JT Thompson with safer stairs, guard rails and landing.  Jim Griffin of RTS performed the work in early March.  "At least it will be safe and secure by the time we leave," mentions Griffin as he measured and cut lumber.

"I don't walk so good anymore so the new handle will be something nice and solid to hold onto for me and the stairs are really secure and solid," adds Thompson with a smile.  "They did a really good job!"

Not every violation gets easily cured, however.  "There often seems to be one or two homeowners who simply refuse to cooperate with the state no matter how much we try to assist," according to Carey.

If one or more resident violations go uncured for too long, the state may have no alternative than to suspend a park's permit to operate, putting each homeowner's tenancy in jeopardy.

More on virginir.com
"We cannot allow that to happen.  Our residents' tenancies cannot be put at risk by one or two who refuse to cooperate with the state," says Carey.  In theory this may seem obvious.  But what this means is a mobile home park can be put in the unenviable position of having to engage the long and costly eviction process to ultimately reclaim possession of the space, and then cure the last violation(s) itself.

What can be a difficult and frustrating process is made better with extensive communication, according to Monolith Properties.

"These inspections are important," says Carey. "They are time consuming and require consistent communication.  The folks at HCD are just doing their jobs.  And for a state agency, they are refreshingly reachable and approachable and consistently looking to help.  No one likes an inspection!  But I'm grateful to all those at HCD, residents and staff in the park, and neighbors in the local community who help our residents make their homes safer."

"Our role at the state Department of Housing and Community Development is to protect the health and safety of Californians who live in manufactured homes and mobilehomes," said Acting Deputy Director of Codes and Standards, Kyle Krause. "We truly appreciate the support and collaboration we've received from Monolith Properties as a member of the dedicated network of mobilehome park owners and state and local agencies ensuring that Californians have access to safe, affordable homes within vibrant, inclusive, and sustainable communities. Because we serve such a large population, we rely on these relationships to support our work keeping mobilehome park residents safe, providing them with resources, and addressing concerns within their communities. We look forward to finding more and better ways to ensure the safety, stability, and security for the families who live there."

As for Mr. Thompson, enjoying his upgraded steps and guardrails, he offers simple advice to residents and management at other MHPs who may be soon inspected.

"Just keep the communication open and honest, and don't be afraid to ask or accept help when or if you need it."