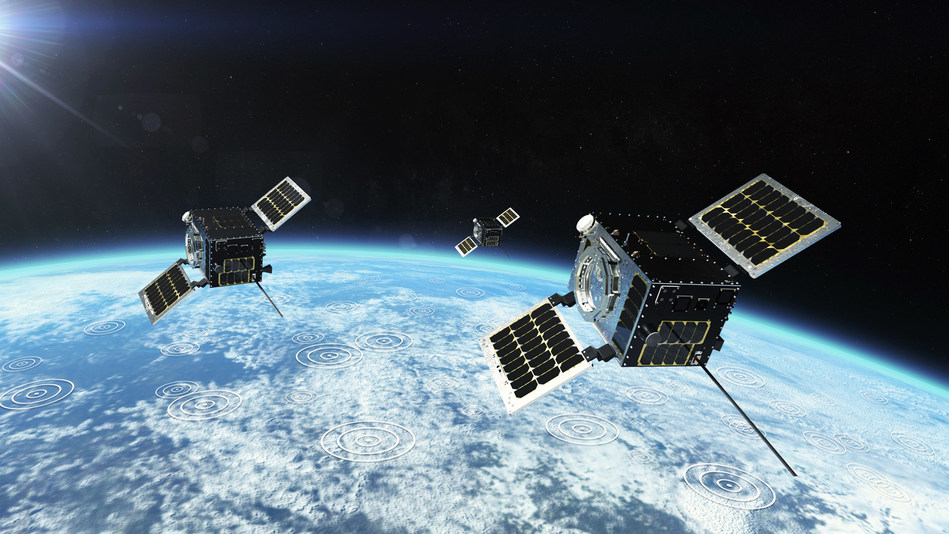 HERNDON, Va., Jan. 24, 2021 /PRNewswire/ -- HawkEye 360 Inc., the first commercial company to use formation-flying satellites to create a new class of radio frequency (RF) data and data analytics, today announced that Cluster 2 — the company's second cluster of satellites — has successfully been deployed into orbit.

After launching aboard the SpaceX Falcon 9 on Sunday, the trio of satellites was dispensed from Spaceflight Inc.'s Sherpa-FX orbital transfer vehicle and has established communications with the HawkEye 360 satellite operations center. In the weeks ahead, the satellites will be fully tested, commissioned, and moved into their final formation needed to detect, characterize and gelocate RF signals.

"The expansion of our pioneering constellation is the first of several strong steps we have planned to multiply our existing capabilities and explore new possibilities for RF geospatial intelligence," said CEO John Serafini. "We are proud to be the leading provider of RF insights to U.S. government, international government, commercial and humanitarian interests, and we believe our newest deployment, which increases the frequency, quality and quantity of insights we are able to deliver, will be an invaluable resource for our customers."

Cluster 2 follows the company's first Pathfinder cluster of satellites, launched two years ago, but is significantly more powerful. The new satellites can process data at a faster rate — leading to increased geolocations with an even greater degree of accuracy — and are equipped with new software-defined radios (SDR) that can simultaneously collect a wide range of frequencies. These workhorse satellites provide significant capacity increases to meet the demand for robust space-based RF data and analytics required by HawkEye's customers.

"Our first satellites were a tremendous success — a perfect proof of concept of the value and utility of this type of geospatial intelligence," said COO Rob Rainhart. "But these new satellites will supercharge our offerings to customers, with revisit rates and data collection an order of magnitude greater than before. Our engineers and partners have raised the bar, delivering the most capable commercial RF satellites ever built into orbit."

More on virginir.com
HawkEye 360 will launch five additional clusters over the next 18 months (15 satellites) to establish our initial baseline constellation. Once launched, the company's constellation will provide a global revisit rate of less than an hour to support time-sensitive monitoring of active and developing situations.

About Hawkeye 360
HawkEye 360 is a Radio Frequency (RF) data analytics company. We operate a first-of-its-kind commercial satellite constellation to identify, process, and geolocate a broad set of RF signals. We extract value from this unique data through proprietary algorithms, fusing it with other sources to create powerful analytical products that solve hard challenges for our global customers. Our products include maritime domain awareness and spectrum mapping and monitoring; our customers include a wide range of commercial, government and international entities.