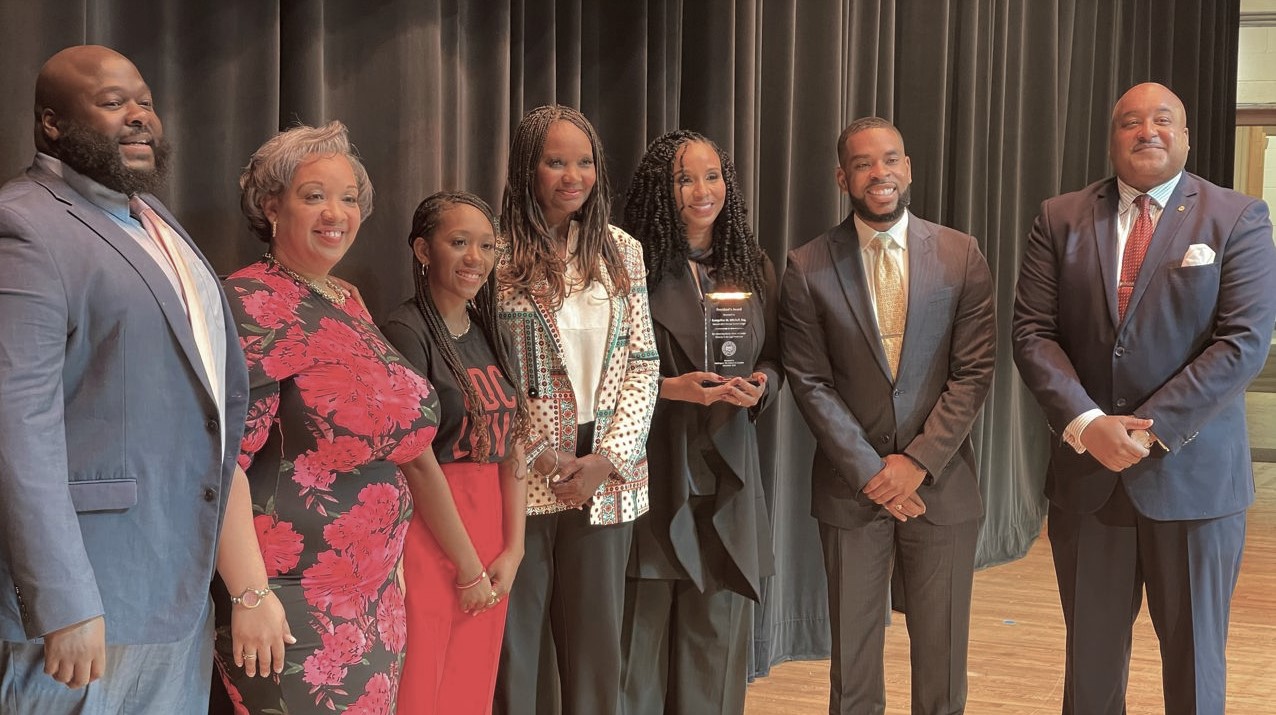 According to President Andrews, Attorney Mitchell was selected for this award because "she has built a platform, network, and a movement with the National HBCU Pre-Law Summit & Law Expo to diversify the legal profession from the ground up."

In addition to founding and organizing the National HBCU Pre-Law Summit, Mitchell also founded a sister event several years prior known as the National Black Pre-Law Conference and Law Fair, which will celebrate 18 consecutive years in November. Evangeline started this national HBCU event because she is herself a graduate of a historically Black university, Prairie View A&M University, located about 30 minutes outside of her hometown of Houston, Texas.

More on virginir.com
In her pre-law experience, there was a lack of resources and information. As a first-generation college student who didn't know any lawyers, she really wanted a network that just didn't exist back then - in order to connect with other Black pre-law students beyond her campus as well as Black lawyers who could share tips and advice. This event helps to address that problem she experienced which is also still common for many HBCU students and alumni with law school aspirations.

In her work for nearly a decade with the National Black Pre-Law Conference, she recognized that her outreach to Black prospective law students was not reaching enough HBCU students and alumni in the way that she had hoped. She realized that no major pre-law event existed that was directed specifically to HBCU students and graduates and that a more targeted approach that spoke to them and their unique issues and concerns was needed. Therefore, she created space just for them which includes the summit, as well as an HBCU Pre-Law informational website, and a networking community. All of these services are provided at absolutely no cost to those who benefit - HBCU students and lawyers interested in going to law school and becoming lawyers.

More on virginir.com
Awardee Mitchell stated, "I was surprised and greatly honored to receive this truly meaningful award from the Bar Association of the District of Columbia. I am truly grateful to President Andrews for selecting me for this significant recognition and feel privileged to do this important heart work. I remain deeply committed to outreach and empowerment in our community and for the students and alumni of our nation's historically Black colleges and universities. I sincerely appreciate all of the support and definitely plan to bring this important summit back to Washington, DC for many years to come," said Mitchell. Next year marks the event's 10th anniversary.

Mitchell is an attorney, author and publisher, social entrepreneur, oral historian, and award-winning documentary filmmaker. In addition to her HBCU degree, she is also a graduate of the University of Iowa College of Law and the Harvard University Graduate School of Education.

For more information about the National HBCU Pre-Law Summit and Law Expo, please visit the website at www.hbcuprelawsummit.org.